“We were told her condition was life-threatening multiple times. We were terrified for her life,” Sari, Sky’s mum

When Sky ended up in hospital fighting for her life from a deadly bacterial infection, the medical response team didn’t think the week-old newborn would survive to see her first Christmas.

First-time parents, Sari and Rodrigo, said the day earlier Sky appeared perfectly healthy at her routine check-up with the GP.

“Within 24 hours we knew something wasn’t right. At first Sky wasn’t feeding and became extremely lethargic and hard to wake up,” Sari said.

“Her symptoms escalated very quickly after that. Sky was breathing rapidly, her body was floppy, and she had mottled skin turning purple and yellow. We had no idea what was happening, but we knew Sky needed help.”

Sky was just eight days old when she was admitted to the Children’s Emergency Department at Gold Coast University Hospital in February this year. 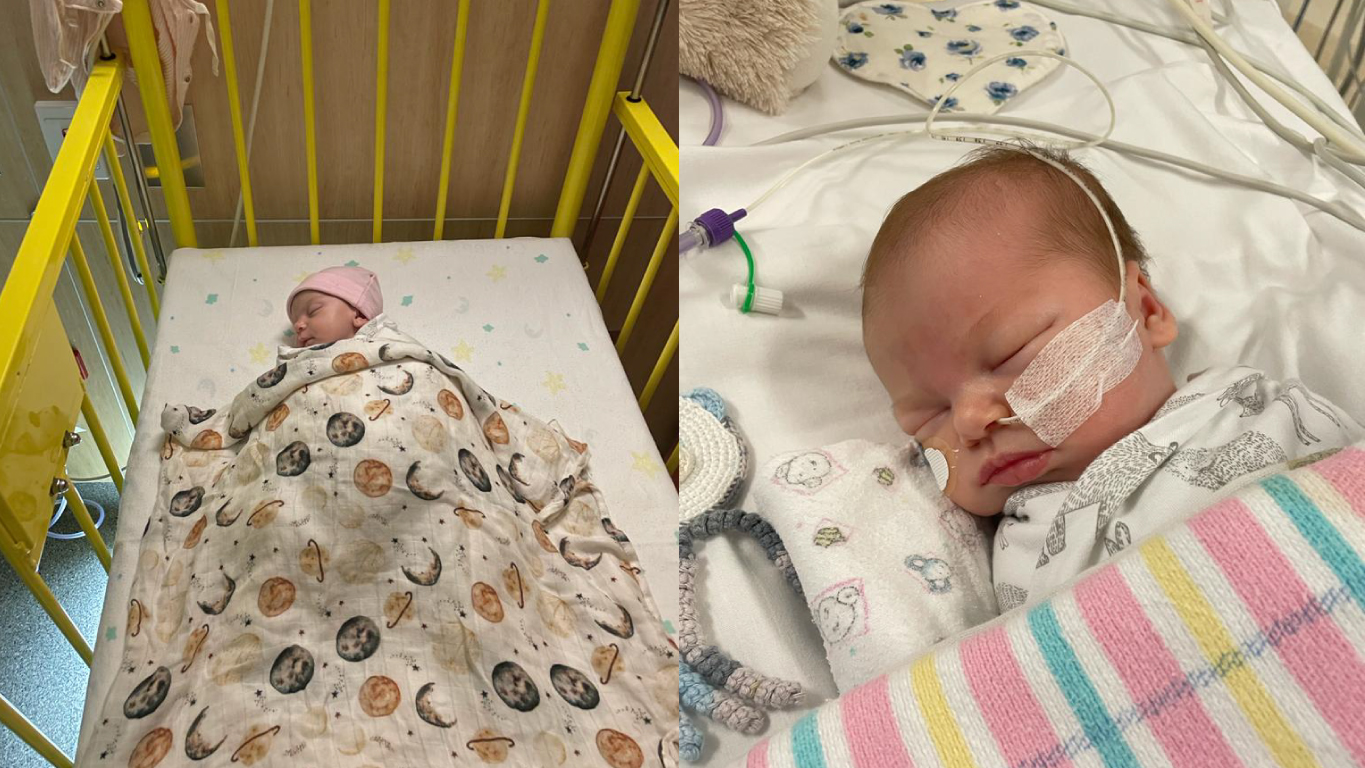 She was unresponsive, struggling to breathe and her little body had also developed neonatal sepsis, a serious blood infection causing her organs to rapidly shut down.

“We were told she’s very sick and it was lucky we brought her in when we did. We were in complete shock. We knew she was sick, but we didn’t immediately realise how critical she was.”

Sky was urgently transferred to the Children’s Critical Care Unit, where she was placed on life support to stabilise her heart, lungs and blood pressure.

Thanks to generous community donations, Sky had access to vital equipment purchased by Gold Coast Hospital Foundation. Doctors and nurses used a Video Laryngoscope to safely put a breathing tube in Sky’s airways to help her breathe and she received lifesaving treatment in a Critical Care Cot, which provides 360-degree quick access in an emergency. 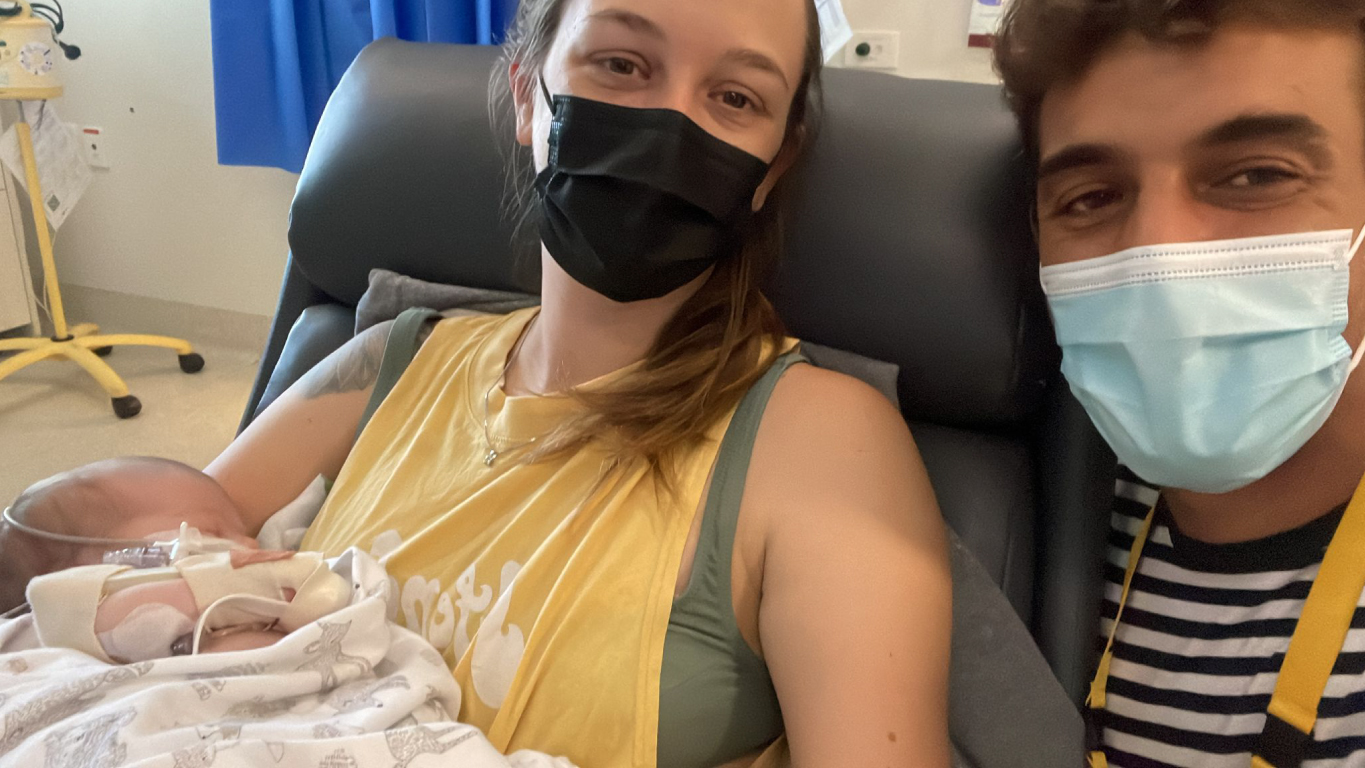 Sky spent nearly four long and worrying weeks in hospital fighting for her life. She suffered an extensive brain injury from the infection and two massive bleeds inside the brain, and she’s at higher risk of developing cerebral palsy.

The doctors and nurses caring for Sky said she was the sickest patient they had ever seen.

“Sky is our first baby and the first grandchild of our parents, so seeing her so sick was heartbreaking. We were told her condition was life-threatening multiple times. We were terrified for her life,” Sari said.

No one thought Sky would survive, or if she did, her quality of life would be severely diminished.

“We were preparing ourselves for the possibility that Sky may never walk, move, breathe on her own, eat independently, or reach the developmental milestones that most new parents look forward to,” Sari said.

“Sky defied those odds. She’s our miracle. Every doctor is amazed when they see her compared to the initial MRI brain scans that threatened to tell a very different story. 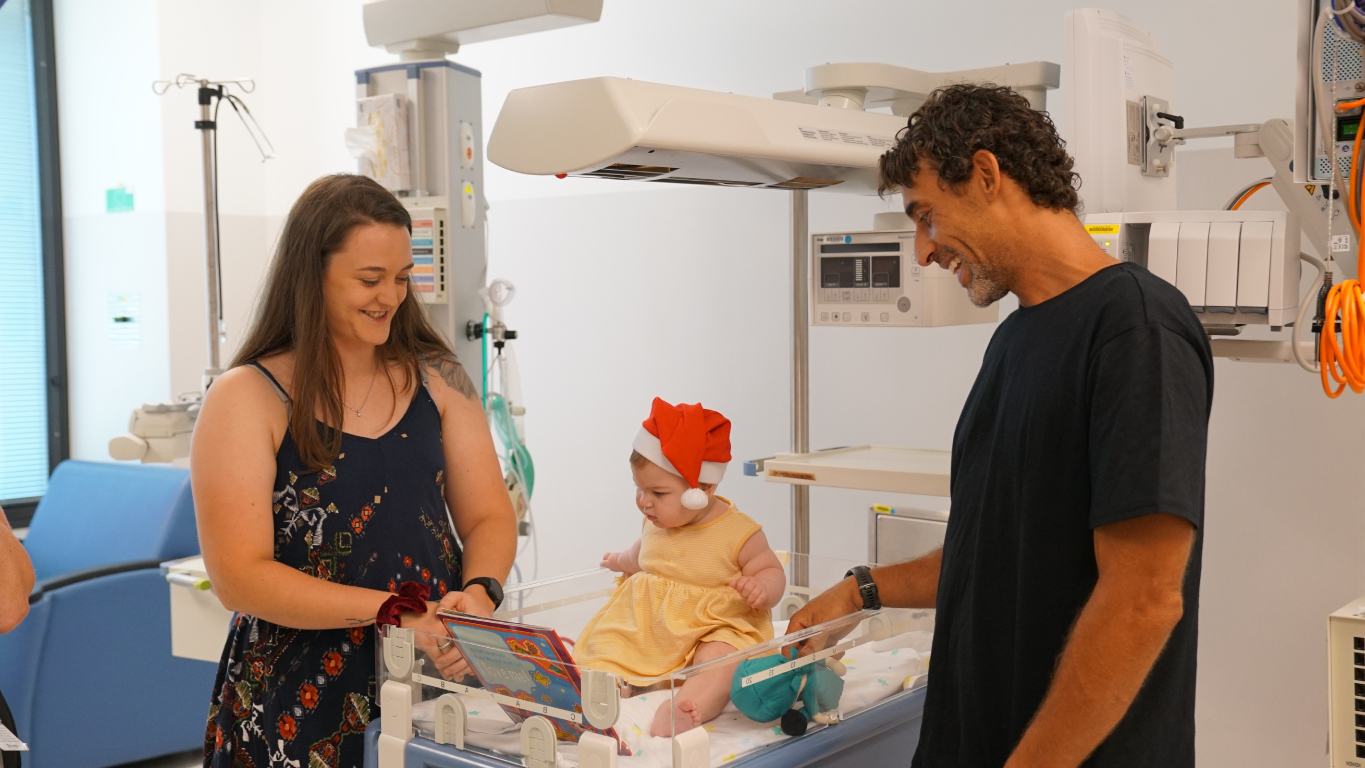 “She’s rolling and starting to move her legs more, she’s sitting unsupported, and she’s been eating solids by herself for several months now.”

Despite Sky’s brush with death and her frequent hospital appointments, Sky is a very healthy happy 10-month-old who does swimming lessons, attends baby sensory classes, loves smiling for the camera, going to the park and anyone who will be silly with her.

“It’s so amazing to see Sky do the baby things they never thought would be possible. To think that all these moments were nearly taken away from us is unbearable,” Sari said.

“It’s important to support Gold Coast Hospital Foundation to improve hospital facilities, fund medical treatment and lifesaving equipment, and support families like ours who are going through hard times so they can enjoy the good times.

“We’re incredibly lucky and grateful Sky has a future and she’s here to celebrate her first Christmas.”

The best gift you can give this Christmas is a donation. Decorate the virtual Giving Tree to help critically sick patients like Sky this Christmas.